Shaye Mandle and Genevieve Plumadore traveled to Washington this week to continue our strong advocacy for full repeal of the Medical Device Tax.  Medical Alley was represented at the annual AdvaMed Capitol Hill Fly-In to meet with members of Congress on our collective MedTech agenda which includes: device repeal, MDUFA Reauthorization, and overall struggles of the reimbursement climate.

MAA met with members of the Minnesota delegation as well as key staff from the Trump/Pence administration.  Congressman Erik Paulsen addressed the group of med tech leaders at the AdvaMed headquarters and gave us a preview of the road ahead for repeal.

Being on Capitol Hill amidst an administration change was very exciting!  There were countless other stakeholders and citizen groups advocating for change on behalf of their constituencies.  The Capitol was buzzing!  Coincidentally, we were also in D.C. for the State of the State address— which brought with it tightened security lines and road closures.  Exciting! 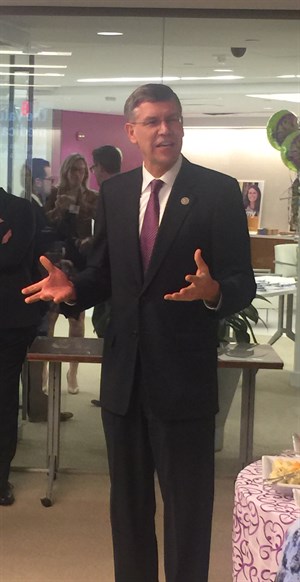 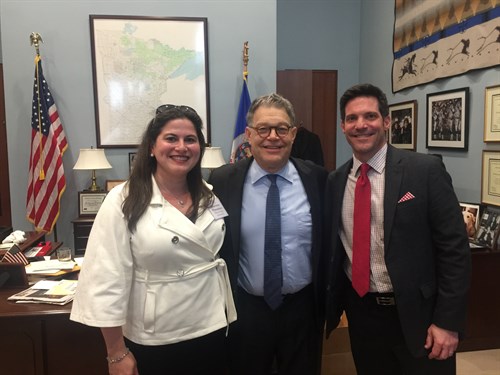 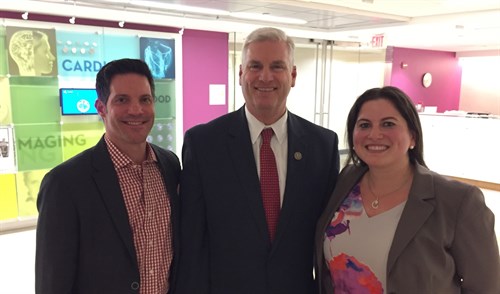 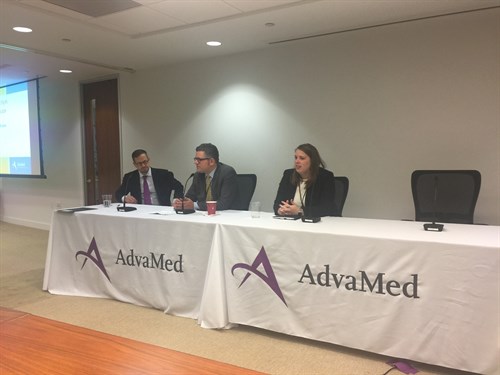 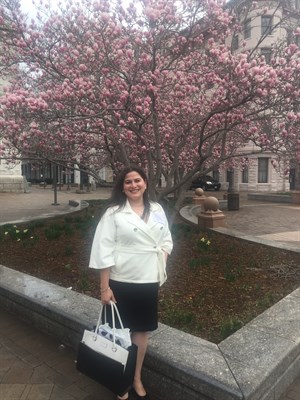 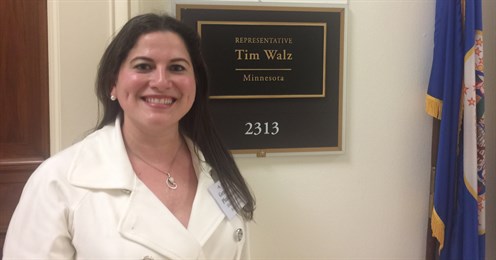 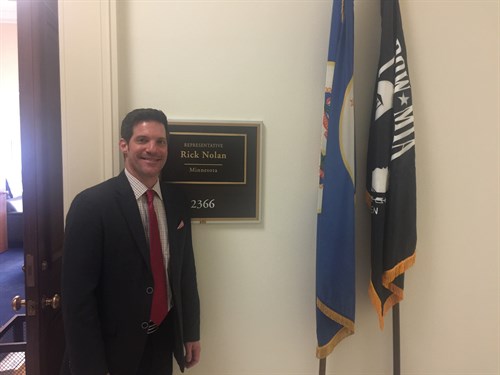 Earlier this week, representatives from MMB, as well as Governor Dayton, presented the February economic forecast. Currently, the state has a projected $1.65B surplus, which rises to $2B when including cash and budget reserves.

MMB Commissioner Myron Frans and other representatives of the department emphasized Minnesota’s modest and steady growth, robust and diverse economy, and consumer confidence. The state is in its 8th consecutive report of positive growth.

Nationally, U.S. economic outcomes look generally positive, and current fiscal policy is expected to boost consumer spending. In MN, higher wage growth than expected is due in part to growing industry, more job openings than applicants, and higher projected corporate profits. MN outperforms the rest of the nation in growth, and has a lower unemployment rate than average.

Commissioner Frans noted in spite of the positives, significant risks with the February forecast, including uncertainty across the U.S. on fiscal policy, international trade, inflation, and slow-growth expansion as well as shake-ups in direction from the new presidential administration.

Governor Dayton echoed many of his colleagues’ points on the budget, risks, and the positives. Among them, he highlighted MN’s rankings as #3 best state by U.S. News & World Report, its AAA Fitch rating, #2 Best-Run State by 24/7 Wall St, and Best State for Job Creation by Gallup. However, Dayton ended on a cautious note, and warned that in spite of a positive outlook, his Republican colleagues in the legislature should work with him to keep MN’s budget “structurally balanced.”

Because of the staggering amount of bills that are introduced, not every bill gets a hearing, and not every bill gets to the legislative floor. Instead, committees choose which bills move forward, and committee deadlines are put in place to make sure that all bills wanting to be considered are submitted by a specified date so they can be put through the process in a timely manner.

This year, all of the committee deadlines fall in March for this session.

The deadlines are as follows:

The University of Minnesota testified in both House and Senate committees this week as they made their case before legislators for state funding to advance the university’s initiatives.

Among these initiatives was $32M in funding for MnDRIVE, a university program that aims to fund and expand a network for clinical trial cancer drug trials for Minnesotans outside of MSP. The program would benefit those residing in Greater MN by expanding accessibility to treatment sites.  For more information on the proposal please visit this site: https://www.med.umn.edu/cancertrials

The President addressed Congress in a joint session on Tuesday night, laying out his vision for his administration for the next four years, and urging Congress to take action on issues important to Americans.

Relating to healthcare, President Trump criticized the U.S. Food and Drug Administration’s (FDA) “slow and burdensome approval process,” and promised to “slash restraints, not just at the FDA, but across our government.”

However, others were not as optimistic, such as Democratic Congressman Rick Nolan from the 8th District. “The President made some great promises to support fair trade … and bipartisanship – but the problem is we can’t believe him, because at one point or another he’s been on every side of every issue. Hopefully President Trump will be true to his rhetoric and join us in supporting these initiatives,” said Nolan.