This past Tuesday, bills that will increase the robustness and competitiveness of the State Research & Development (R&D) tax credits were heard in the House Tax Committee as part of “Representative Sarah Anderson Day.”

Anderson, a longtime supporter of our industries who represents Plymouth, stressed that allowing for refundability on the first tier of the R&D tax credit and raising the second tier from 2.5% to 4.5% would help to keep Minnesota’s health technology industries attractive to investors, as well as keep the state competitive in the new development of life saving devices and treatments. 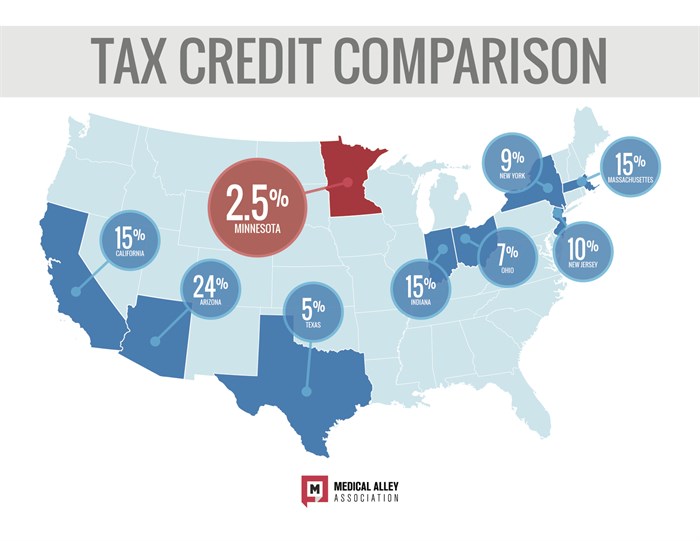 The hearing included testimony from our CEO Shaye Mandle as well as Lonny Stormo, CEO of POPS! Diabetes Care, an MAA member developing digital health technology in the state.  Shaye stressed the importance of a robust ecosystem to retain our competitive advantage.  The proposed changes to the R&D tax credit would attract investors and talent to the state but ultimately would incentivize innovation through the growth of startups here in the state.

Lonny Stormo testified on the evolution of POPS! and how important policies such as the R&D tax credit, Angel Investment Tax Credit, Angel loans, etc. were vital to the growth of his company and integral in leveraging investments. 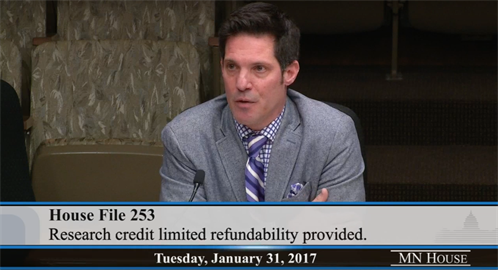 A full viewing of the committee hearing can be seen here: https://www.youtube.com/watch?v=PIc4khQlVyIz

S.F. 474, a bill establishing a youth skills training program was introduced by Senator Paul Anderson (R-Plymouth), and heard in the Senate Jobs and Economic Growth Policy Committee earlier this week.

Currently, Minnesota’s manufacturing industries face a worker shortfall due to fewer high skill workers entering as older workers retire or change industries. The program would aim to have schools and manufacturers work together to provide on the job, real world work experience to students while earning credit, and help transition students into the industry following graduation.

Coming Up This Week

The Angel Investment Tax Credit bill will be heard on Wednesday, February 8th in the House Jobs committee. MAA will be testifying in support of the legislation which seeks to increase the program fuding to $20M and remove the sunset on the program.

Also this week, the Research & Development tax credit bill will be heard in the Senate Tax Committee on Thursday, February 9th. MAA will be testifying again along with Lonny Stormo of POPS! Diabetes Care.

President Donald Trump’s proposed 20% tax on Mexican imports has raised alarm in the Minnesota’s business community, particularly among the farming and medical device industries. Experts say the tax, which President Trump has brought up as a possible funding mechanism for his proposed border wall, could trigger economic retaliation from Mexico.

For farmers, this could mean less Minnesota goods being exported to Mexico, which could cause a surplus in supply and bring down prices.

In the medical device community, many companies have facilities based in Mexico, move products across the border, and sell their goods in the country as well. A tariff on goods made in Mexico coming into the United States could raise prices for medical device manufacturers, who would then be forced to pass these costs onto the consumer. “Mexico is certainly a country with significant presence of medical device companies … anything related to trade is something that we’re going to be concerned about and want to be looking closely at,” said Shaye Mandle, CEO of Medical Alley.