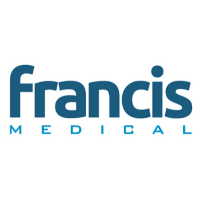 Medical Alley’s startup community raised over $3 billion in capital in the public and private markets in 2021, cementing the region as one of the top health innovation ecosystems in the world. Past Medical Alley investment leader Bright Health Group went public in April, raising $924 million, one of four public offerings in the year. […]

2021 has been a record year for Medical Alley’s early-stage companies, and Q3 was no exception. A total of 28 companies raised almost $200 million in the quarter, powered by large raises from GeneMatters, Francis Medical and Flywheel Exchange. M&A was also hot, with at least six different acquisitions, the majority of which were led […]

Minneapolis, Minnesota — The Minnesota Technology Association (MnTech) is proud to announce the start of the 2021 SciTech Internship Program year. Since 2012, SciTech has successfully placed nearly 2,200 college STEM interns in 140 cities across Minnesota. The SciTech team is looking forward to securing at least 200 more internships in the year ahead. Designed […]

For the Record with Michael Hoey, Founder and CTO, Francis Medical

Michael founded Francis Medical in 2018 where he serves as a director and chief technology officer. Prior to founding Francis Medical, in 2008 Michael co-founded NxThera to develop and commercialize the urology applications of the vapor platform technology that he invented. Before becoming an entrepreneur, Michael taught in several departments and performed research at the […]