Despite a historic surplus and the prospect of bipartisan agreements, the 2022 Minnesota legislative session adjourned with a whimper, leaving lawmakers on both sides of the aisle frustrated and billions of dollars sitting in state coffers.

Minnesota has a biennial budget cycle. The second year of the biennium is often known as the “bonding year” – the budget is the focus of the first year of the biennium, and policy and capital improvement projects are the focus for the second.  Since the budget was passed at the end of a special session in 2021, the 2022 session started without any constitutionally mandated “must-do’s.” However, a mind-boggling budget forecast was seen as an election-year opportunity from both the administration and the legislature.

After state officials announced Minnesota’s surplus rose to a historic $9.25 billion, Governor Tim Walz and legislative leaders were optimistic an agreement from Minnesota’s divided legislature could be reached, using state funds to target three specific areas — spending, tax cuts, and money left intentionally left over to offset a slowing economy. In April, the Governor announced that he would not be calling legislators back into a special session, and to be prepared to get the work done on time. Just one week before the end of session, the governor along with DFL and Republican leaders announced spending targets had been set and a final agreement was imminent.

Yet, as the final hours ticked down — it was clear no major deal would happen before the session ended at midnight May 22. Immediately after the session ended, Gov. Walz said he would call a special session to finish major unresolved bills; however, Senate Majority Leader Jeremy Miller said his caucus was not interested in the idea. Negotiations continued into late May, when they were finally declared at an impasse. As of this publication, a special session seems unlikely heading into election season this fall.

This session was also one of transformation at Medical Alley Association. A new team, led by Senior Director of Government Affairs and Policy Shannon Watson, took over during the final week of the legislative session in late May. Michael Morton, whose expertise and experience guided the team’s legislative priorities since last fall, bridged the transition as Senior Advisor to the Policy and Advocacy unit until mid-June, when he returned to his consulting work, volunteerism, and retirement travel. We thank him for his service to the Association and wish him well.

Like the previous year, the 2021 legislative session began remotely, which required significant flexibility for all involved. The public was not allowed to enter the Capitol or legislative office buildings to attend hearings or testify. Committee hearings and floor sessions were fully virtual and the public had the opportunity to weigh in only via Zoom.

As COVID-19 vaccines rolled out and became more accessible, operations at the Capitol returned to in-person through a hybrid model. Slowly at first, but gradually more once mask mandates were lifted, legislators and staff members began trickling back into the buildings to work in person.

Because of the virtual nature of session, leadership in both the House and Senate encouraged members to focus on issues that could be tackled this year. This constraint limited what priorities would be addressed and who would participate in the discussions. Committees were limited to 90-minute meetings and often testimony and engagement from legislators was minimal due to no one being in the same room. Testimony from the public was often limited and, in the case of some House hearings, testimony and debate was even more abbreviated to only a few minutes. Ultimately, transparency suffered during the 2021 regular session.

Despite limited action on the state’s historic surplus, several bills aligning with Medical Alley Association’s legislative agenda did pass. Early-session bipartisan agreements led to the passage of a continuation of covid-related workers' compensation eligibility presumption in February.  In March, due in no small part to the work and personal involvement of Independent Senator David Tomassoni and Republican Representative Anne Neu Brindley, the legislature appropriated $20M to fund Amyotrophic Lateral Sclerosis (ALS) research, with another $5M for caregivers and equipment to help current ALS patients. This appropriation made the State of Minnesota one of the largest funders of ALS research in the country.

Lawmakers agreed to the Mental Health Omnibus Bill late on the final day of the session. It appropriates nearly $93 million to fund mental health programs and initiatives ranging from establishing loan forgiveness for mental health professionals to expanding the use of mobile crisis service teams. The Omnibus Agriculture and Broadband Finance and Policy Bill also passed both chambers – which allocates $25 million to the Border to Border Broadband Fund and requires the Department of Employment and Economic Development to prepare a grant application to the Treasury Department, requesting $60.7 million of Minnesota’s capital projects fund be allocated for broadband projects.

A detailed look at which bills passed and which did not are available below.

Medical Alley Association welcomed two new members to the Policy and Advocacy team late in the 2022 legislative session. Shannon Watson (swatson@medicalalley.org) took over as Senior Director of Government Affairs & Policy after spending five years leading public affairs with the St. Paul Area Chamber. Watson also has extensive experience in public policy, working for U.S. Bank, the National Conference of State Legislatures, and the Minnesota senate, as well as political campaigns in Minnesota, Colorado and Kansas. Ben Wagner (bwagner@medicalalley.org) assumed a newly created role of Public Policy Communications Specialist after more than a decade as an anchor and reporter in television news.

Please feel free to contact the team. Legislative planning for 2023 has already begun. 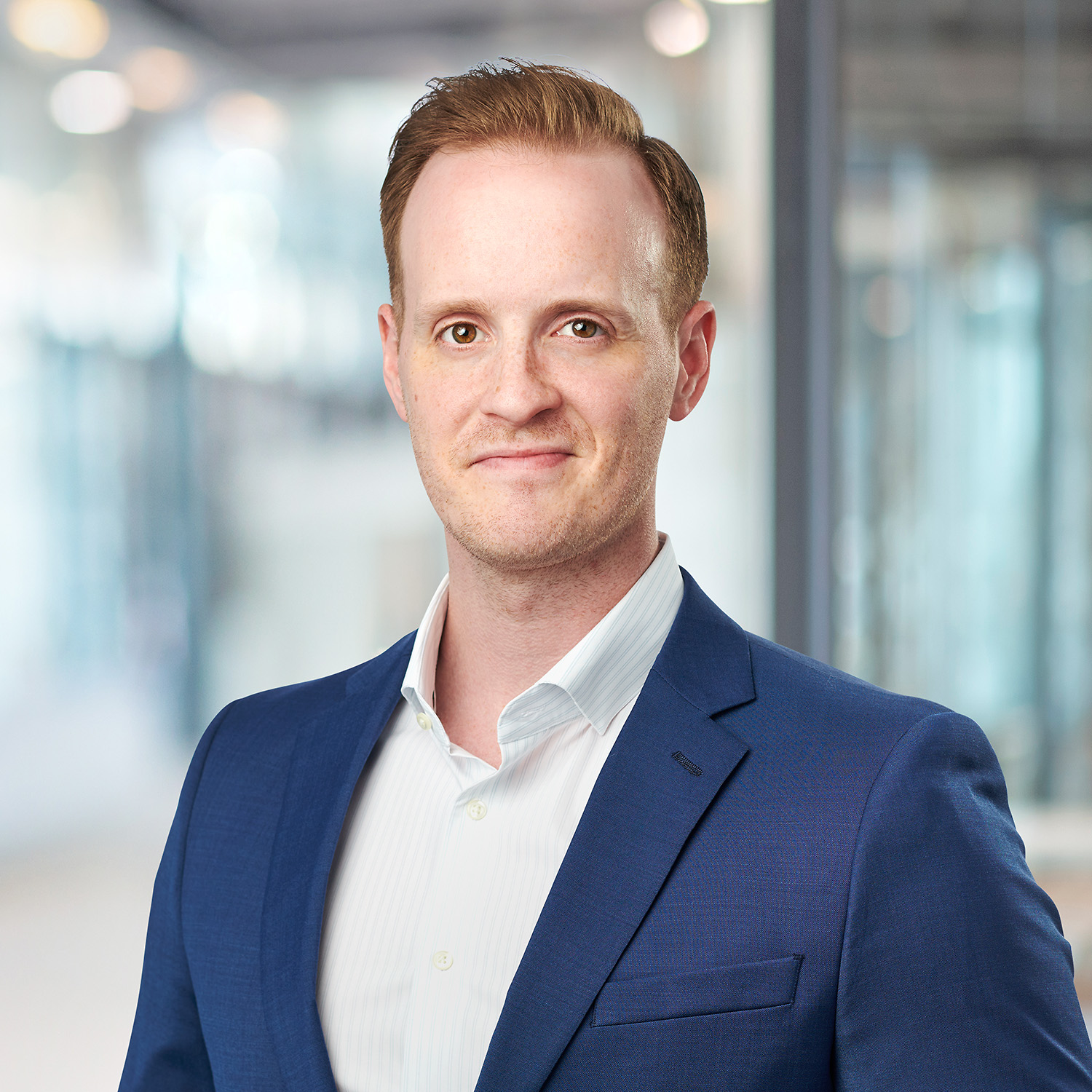 MEDICAL ALLEY DAY AT THE CAPITOL

Each year, Medical Alley hosts a signature event, Medical Alley Day at the Capitol, to bring together the private and public sectors with meetings between member companies and elected officials. Healthcare changes through policy, and this one-of-a-kind opportunity allows for member companies to foster stronger connections with the elected officials who represent their business.

After a massive success in a virtual format last year, this year’s Day at the Capitol was held virtually once again on March 1. This change in format brought about increased opportunity to connect, greater accessibility, and enhanced flexibility.

Through Medical Alley Day at the Capitol, member companies were able to share their priorities, concerns, and wins with legislators and ensure their voice was heard at the state legislature

The day kicked off with a meeting between Medical Alley’s Board of Directors and members of Minnesota Governor Tim Walz’s cabinet: Steve Grove, Commissioner of the Department of Employment and Economic Development, and Neela Mollgaard, Executive Director of LaunchMN. These two provided an inside look at Minnesota’s startup ecosystem and the health of our early-stage companies who are driving change and disruption in the industry.

Representatives from member companies also had the opportunity to highlight key policy priorities and issues that affect their business directly. These connections are invaluable steps toward clearing roadblocks to success and ensuring that legislators are working on priorities that are most important to their constituents.

Medical Alley Association is grateful to the member companies who participated, as well as the legislators and government leaders who offered their insight. We are looking forward to Medical Alley Day at the Capitol in 2023, hopefully in-person once again.

While a special session remains possible, individual legislators are now focused on one of two paths: retirement or re-election. Every ten years following a federal census, legislative and congressional districts are redrawn to reflect demographic changes. These new maps regularly lead to significant turnover in the Legislature and contested races between colleagues or newcomers challenging incumbents. A total of 59 members between the House and Senate are not seeking re-election to their current seats this year, the highest number since 1970, according to Fox 9 News. The Governor, all statewide offices, each of Minnesota’s eight Congressional House seats and all 201 legislators will be on the ballot this November.

The policy team at Medical Alley has already started connecting with members to get input for our legislative priorities for 2023-2024 and will be convening sector-specific groups this fall. Please feel free to reach out to us to make sure you’re included.