MANOVA, The Global Summit on the Future of Healthcare, Challenges Modern Healthcare Ideas 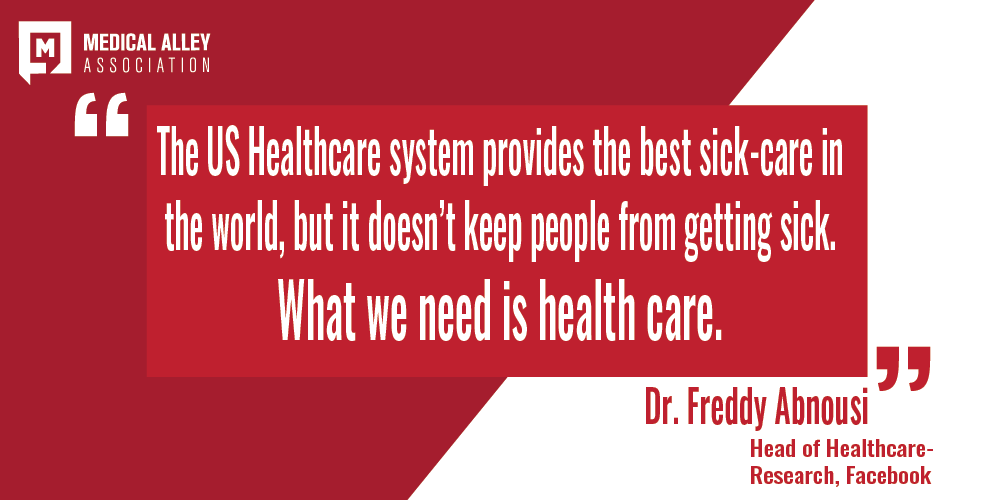 Everyone experiences illness, whether it’s a chronic condition, a mental state that keeps someone from feeling their best, or just a common cold, we all know what it’s like to be laid low for a while. But what does it really mean to be healthy? Is it just the absence of illness or is there something more?

The inaugural MANOVA Summit, held at the Minneapolis Convention Center in early October, challenged attendees to think of health as a positive, active state rather than simply the opposite of being sick. Dan Buettner, author of the New York Times bestselling Blue Zones, and Gil Penalosa, founder and chair of 8 80 Cities, opened the conference by reflecting on how the safety of biking and walking around cities affected all-cause mortality rates and the importance of making the healthy choice the easy choice, themes echoed by a number of speakers including former White House Chef Sam Kass and Dr. Robert Brook of the RAND Corporation.

Health, in this thinking, is more than BMI, blood pressure, or pulse rate, it includes how integrated you are into your society, how much physical activity you do in your day-to-day routine, and what food is easily available to you. 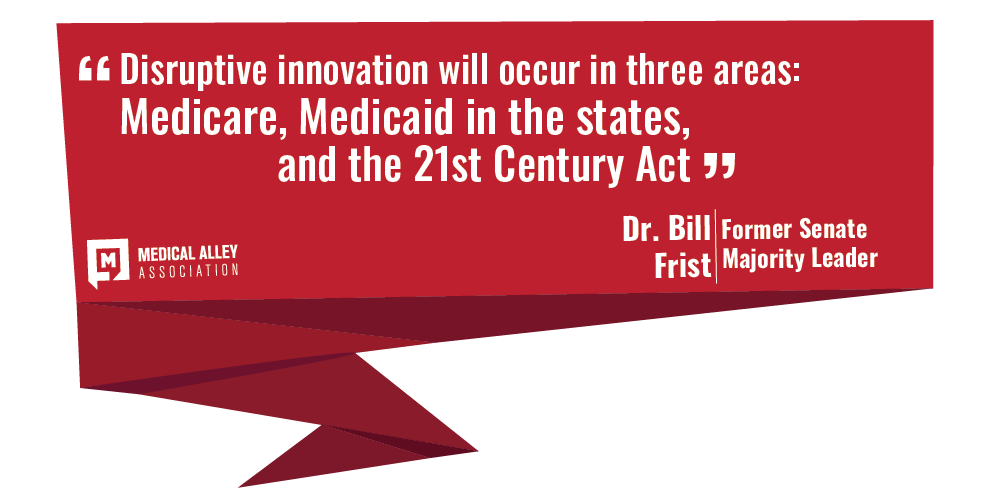 The reality of modern healthcare is that it now sits squarely in the realm of public policy, which came to the fore with a spirited debate between Mary Matalin and James Carville, moderated – or refereed – by CNN’s Michael Smerconish and an inside look at the past and future of the Affordable Care Act from healthcare.gov architect Andy Slavitt. While the national policy aspect of healthcare was paid its due, nearly everyone who talked about that topic also pointed out that, for the vast majority of people, care is experienced on a far smaller, more local level. Said Slavitt: “No matter where people thought they stood politically, the need to take care of their families superseded any politics.” 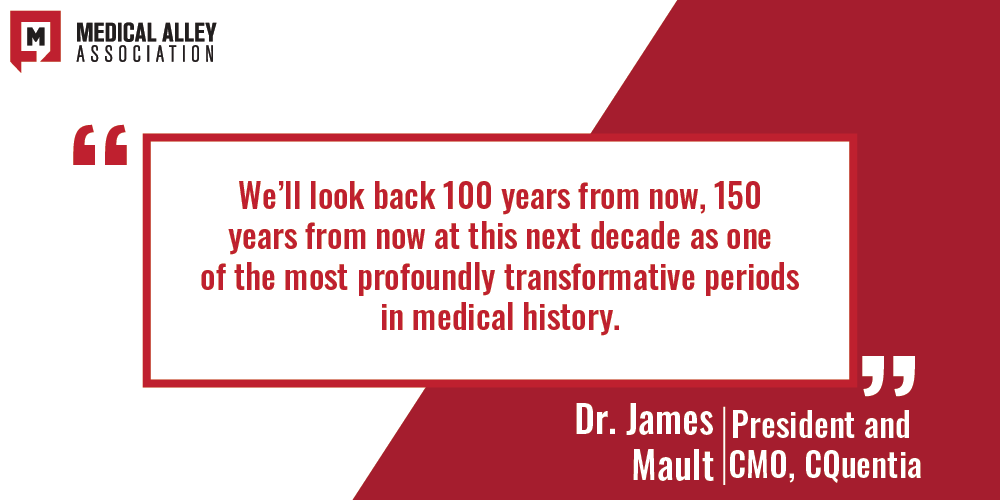 Healthcare is an ever-growing field, but the changes are coming faster than ever. U of M Professor of Pediatrics Dr. Michael Pitt told the crowd that by 2020 the amount of medical knowledge in the world will double every 72 days, adding that at that rate “we can’t teach what to know, we have to teach how to know.” He cited major changes to the way the University advances pediatricians through the program as a model for how medicine may well be taught in the future: Training physicians to be rigorous, to use the available resources, but above all to be empathetic.

Each of day two’s four tracks helped give participants a glimpse into one aspect of healthcare’s changes, from the makeup of the labor force and what venture capitalists must do to uncover the next game-changing companies to how genetic advancements will change how treatments are personalized and how companies can work together to provide more good together than either one of them could do alone. 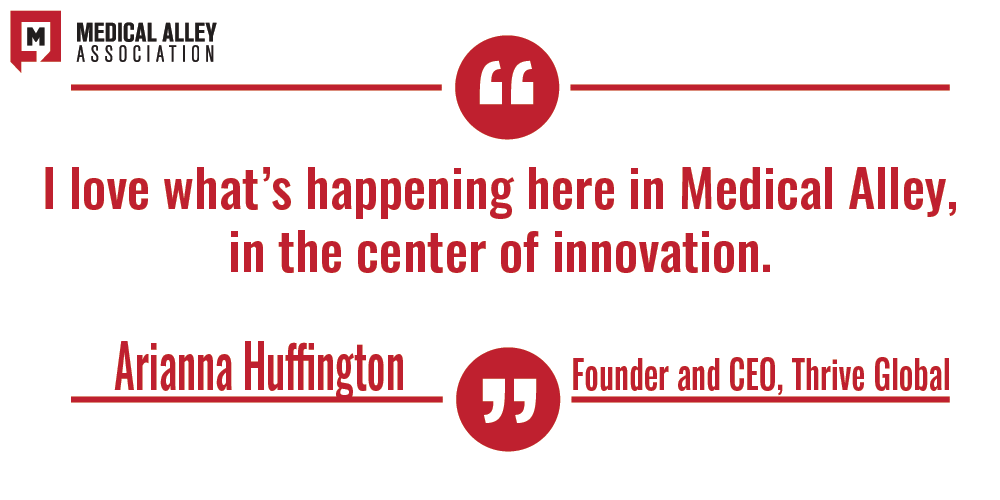 Medical Alley showed well during the Summit, from the local politicians that came to greet participants – Senator Amy Klobuchar, Governor Mark Dayton, and Representative Tom Emmer – to the companies that presented and showed the innovative solutions to a wide range of problems being developed here in Medical Alley. The state itself showed well, with participants raving about the friendliness of the locals, the ease of movement around the city, and the wealth of talent present in the community. 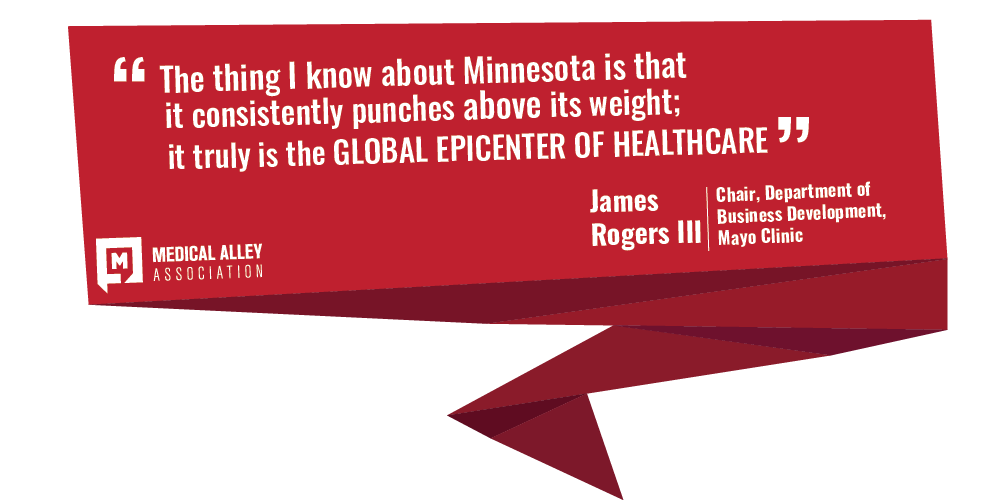 While MANOVA presenters may have come at the problems facing healthcare from numerous directions, on two points there was unanimity: One, there is a tremendous amount of work to be done and two, if we take on a spirit of collaboration and bring – as Dr. Paul Friedman of the Mayo Clinic called for – “a union of good-willed men and women from a variety of organizations” to bear, we can solve any problem put before us.

MANOVA was born of that collaborative spirit and, with a tremendously successful first year in the books, we’re confident it will live up to that purpose. Thank you to everyone who came and added their voices and ideas to the conference; we can’t wait to see you all again next year! 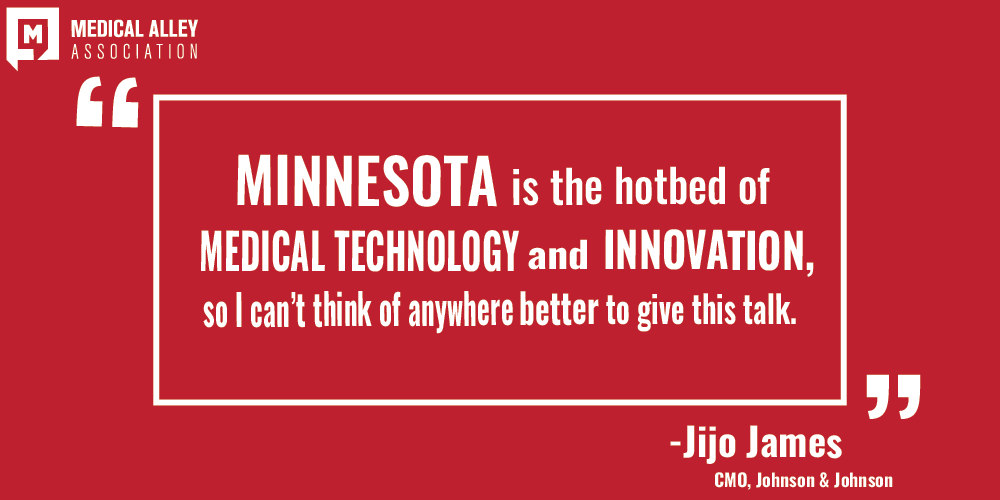