Last week at the Capitol

Last week saw a flurry of activity at the Minnesota Capitol. Supplemental budget bills for all finance committees in the House and Senate were put forward and passed. Medical Alley Association is closely tracking all of the bills; however, five (three in the House, two in the Senate) are of particular interest.

The House and Senate HHS Finance supplemental budget bills each have provisions supported by Medical Alley Association. The House bill features the creation of a Rare Diseases Advisory Council that will be housed at the University of Minnesota; provisions providing for the override of Step Therapy protocols in certain situations; and it also allocates additional dollars towards the Biomedicine and Biomedical Innovation Grants at the University of Minnesota. The latter provision passed as part of the 2017 HHS omnibus budget bill with the support of Medical Alley Association. A letter in support of these provisions was provided to the House HHS Finance committee and can be found here.

The Senate bill contained identical language for the override of Step Therapy protocols. It did not, however, include the Rare Diseases Advisory Council or additional funds for Biomedicine and Biomedical Innovation Grants. Medical Alley Association will be working with the conference committee (once established) to ensure all three provisions from the House bill are included in a final bill that goes to Governor Dayton.

One additional note: the House HHS Finance committee passed the stand-alone Step Therapy Protocol Override bill (HF3196 – Fenton) to the Ways & Means committee Wednesday. The Senate companion (SF2897 – Utke) is already in Senate Finance. A dual track (a stand-alone bill and language in an omnibus bill) is not unusual and only provides more options for ensuring this language becomes law. We will keep you updated if the stand-alone bills continue to move forward.

Last session, the Higher Education omnibus budget bill appropriated $5 million to the Spinal Cord Injury & Traumatic Brain Injury Grant Program (which was created in 2015) to support research into new and innovative treatment for these injuries. The House & Senate Higher Education supplemental budget bills each contained a provision moving these grant monies into a special revenue account. This move will allow grant recipients to have more time to complete their projects. Medical Alley Association is supportive of this change and submitted a letter to the Senate Higher Education Policy & Finance thanking them for including it in their supplemental budget bill. Find that letter here.

Part of last session’s final budget agreement included funding both the Minnesota Investment Fund (MIF) and Job Creation Fund (JCF) at $12.5 million for each FY2018 and FY2019. The House Job Growth & Energy Affordability supplemental budget bill significantly reduces both of these accounts in FY2019 – MIF by $5 million and JCF by $7 million. Medical Alley Association strongly supported the funding levels for each MIF & JCF last session and submitted a letter to the House JGEA committee opposing the reductions in the bill. That letter can be found here.

This bill was passed to the Ways & Means committee where it will likely be combined with other supplemental budget bills into a larger omnibus bill before going to the House floor for passage.

Neither the House or Senate supplemental budget bills include new taxes on opioids or opioid manufacturers. Senator Rosen’s bill (SF730 – containing a new tax on all opioids sold in Minnesota and new higher registration fees on opioid manufacturers) remains in the Senate Finance committee awaiting action. Its companion – Rep. Baker’s HF1440 – was passed out of the House HHS Finance committee on Wednesday. While HF1440 does not include any new taxes, its approach will eventually need to be reconciled with the Senate companion.

We anticipate the Ways & Means committee will hear HF1440 later this week. Senate Finance will likely take up SF730 shortly thereafter. We will keep you updated on any changes to the language in both bills and when each moves forward.

The Minnesota House of Representatives released their highly anticipated Tax bill on Saturday morning. The bill makes several changes to both the Minnesota Individual and Corporate income tax systems in response to changes made at the federal level in December 2017. The bill includes the following provisions:

Medical Alley Association is pleased that the House included funding for the Angel Investment Tax Credit in its bill. Restoring funding for the AITC is the number one item on the 2018 Health Technology Economy Agenda. Thank you to all the Medical Alley Association members who met with legislators to discuss the importance of funding the AITC. While more work needs to be done to get this provision signed into law, inclusion at least one of either the House or Senate Tax bills is a big step.

We will provide more detail on the House bill – and the Senate bill, which is expected to be released later this week – in next week’s Capitol News.

The House is expected to move quickly on this bill – potentially passing it off the House Floor as early as April 30. Conference committee could start later next week, following Senate passage of its bill.

Language for the House Tax bill can be found here.

Tuesday afternoon the United States Senate HELP (Health, Education, Labor & Pensions) committee is scheduled to mark-up legislation addressing the opioid epidemic. Medical Alley Association has been tracking this legislation and similar legislation in the U.S. House. We have been working with our national affiliate groups – including AdvaMed – to advocate for including language encouraging the development and use of alternative pain management, including medical devices, to reduce the number of opioids prescribed and combat the opioid epidemic. We were pleased to see language helping move that direction included in the draft bill for mark-up. Medical Alley Association has been in contact with Sen. Tina Smith, who is a member of the Senate HELP committee, to reinforce the importance of this language and express support for the bill.

We will provide an update on this hearing next week and pass along any additional information that comes out of it.

Earlier this month, the FDA released draft guidance for a new, optional pathway for receiving 510(k) clearance. This new pathway would allow device makers to demonstrate substantial equivalence via performance characteristics laid out by the FDA, rather than directly comparing their device to the predicate product(s). The types of devices that will be eligible for this optional pathway are still forthcoming from the FDA. Once available, eligible device types will be listed on the FDA website along with relevant information including guidance documents identifying the performance criteria for each device type.

The draft guidance from the FDA can be found here.

Public comments can be made on the draft document within 90 days from April 12. 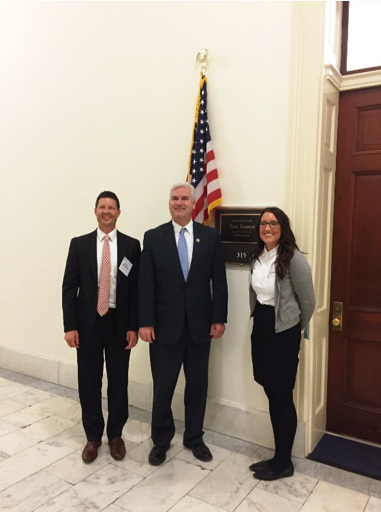 Last week Medical Alley Association’s Government Relations Manager, Lilly Melander, participated in the Biotechnology Innovation Organization (BIO) 2018 Legislative Day Fly-In for a day and a half of legislative briefings and advocacy in Washington, D.C. The fly-in is an annual meeting where members from around the country come together to engage with members of Congress on the most important legislative policy issues facing the biotechnology industry.

Items discussed include fighting the opioid crisis with innovation, eliminating insurance coverage barriers impeding patient access to the most appropriate treatments, and enhancing the ability to utilize expedited approval pathways for innovative treatments for pain and addiction. 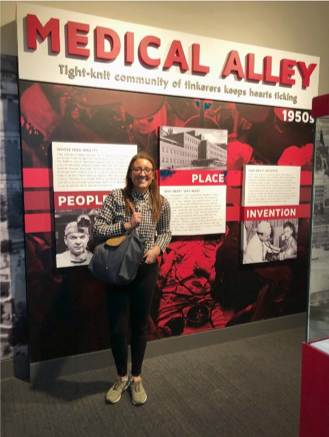 Biodefense and the need for “One Health” – a program that establishes an interagency One Health Program to better safeguard human, animal and environmental health were also discussed. As were ways to reform the patent system to promote innovation and target abuses and the reauthorization of the farm bill.

The BIO conference provided a great opportunity to address policy priorities driving innovation in Minnesota and the US. It showcased the important role this industry plays in Minnesota’s economy by of keeping bio companies and jobs in Minnesota.

A big thank you to the Minnesota delegation and their legislative staff for taking time out of their busy schedules to meet with us. We appreciate the continued support of bio innovation, investment and job creations in Minnesota.