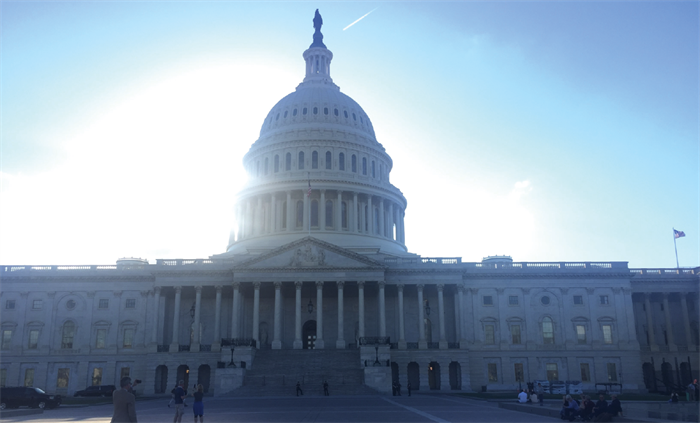 Members of the Medical Alley government relations team, Genevieve Plumadore and Stephen Chang, traveled to Washington this week as part of the annual BIO Fly-In.

BIO is the world’s largest trade association representing biotechnology companies, academic institutions, state biotechnology centers and related organizations across the United States and in more than 30 other nations.

Medical Alley represented Minnesota as BIO’s affiliate, and met with members of Congress as well as key staff from the offices of U.S. Senators Franken and Klobuchar, as well as U.S. Representatives Walz, Lewis, Paulsen, McCollum, Emmer, Peterson, and Nolan.

MAA discussed many priorities affecting our membership, including: Medical Device User Fee Agreement (MDUFA), support for full funding of the National Institutes of Health (NIH), and the ONE health initiative.

The President’s U.S. budget proposal includes cuts across the board, and a 20 percent cut to the National Institutes of Health (NIH). The move has been widely panned by those in medical research and the life sciences.

Minnesota’s two largest recipients of NIH funding, the Mayo Clinic and University of Minnesota, have issued statements highlighting the importance that NIH funding plays in their research and development budgets.

J. Brooks Jackson, Vice President for Health Sciences at the University of Minnesota, responded to the proposed cuts by stating, “deep cuts to the agency’s budget would damage the mission of this nation for a generation, and it will be hard to recover. We hope Congress will stand firm on the importance of the NIH and will provide adequate and necessary funding as proposed in the bipartisan 21st Century Cures Act.”

This session, the Angel Investor Tax Credit was heard in the House, but not in the Senate, and has not been included in either body’s tax omnibus bills.

Over the past week, supporters of the Angel Investor Tax Credit have flooded the Governor’s offices with calls asking for continued support for the program.

Additionally, many members of our community have written letters in support of this program.

Zach Robbins is an associate with Winthrop & Weinstine who works with small business owners and entrepreneurs, and is co-founder of MNvest, a group that works to crowdsource equity funding. This week, Zach wrote a letter in support of the Angel Investor Tax Credit this week, which can be seen here.

We need your help to keep this program going by continuing to contacting House and Senate leaders to ask for funding for this program. Click here to see how you can contact our legislative leaders.

The Minnesota State Legislature begins its annual Easter and Passover breaks this weekend. The breaks last from Saturday, April 8th, to Monday, April 17th. During this time, no floor or committee activity will be taken up.

The regular session must be finished by Sunday, May 21st.

This week also marks the end of third committee deadline.