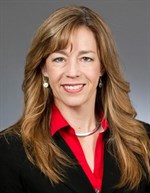 Representative Roz Peterson attended this year’s AdvaMed Conference held in Minnesota where she participated in a hearing on the State of Health Technology in Minnesota’s Medical Alley.  She has chief authored our Research & Development tax credits in the past, and with her role on House Health and Human Services she offers a unique perspective to healthcare legislation.  Representative Roz Peterson (R-Lakeville) represents District 56B, which includes the communities of Burnsville and Lakeville.  Rep. Peterson represents member companies such as Imricor Medical Systems, Inc.—which specializes in developing devices and systems that are compatible with magnetic resonance imaging (MRI).  She was first elected to the Minnesota House in 2014, and is serving her second term. She serves as the Vice Chair on the Subcommittee on Childcare Access and Affordability Finance.

When I’m not serving as a legislator, I work as a commercial realtor. I deal in rentals, office space, and multi-family units. Before I was a legislator I used to be a small business owner, and I owned four Snyder’s drug stores.

I’m really into snowmobiling. I mean, really into it – I’ve gone on 300 mile trips, and the Arrowhead Trail is the best in the state! I’m also a big snow and water skiing fan, and I love cabin life by the lake, which must mean I’m a typical Minnesotan.

Minnesota’s very lucky to have the healthcare industry we have in the state. It’s a part of our vibrant and diverse economy, and we need to build on that. Boston Scientific, Abbott, Mayo Clinic, and the University of Minnesota are all a part of what makes Minnesota’s Medical Alley possible. In Minnesota, healthcare is an ecosystem – it’s about the inventors, the suppliers, and the logistics. All of that ties back into how the health technology community in Minnesota impacts us.

Some of my priorities this session are tax relief for Minnesota families, healthcare reform and promoting innovation in how we approach curriculum in education for our students.

Governor Mark Dayton underwent surgery at Mayo Clinic in Rochester last week for the treatment of his prostate cancer, which he revealed shortly after this year’s January State of the State.

Spokesperson Linden Zakula reported that the surgery was a success, and doctors did not find signs that the cancer had spread past the prostate.

The Governor was back at work in St. Paul less than a week after surgery.

Testifying in support of the bill were Genevieve Plumadore from the Medical Alley Association, and Dr. Brad Jordan representing Amgen Pharmaceuticals. Testifiers urged support for the bill as its approval would allow for reduced healthcare costs for consumers, and increased innovation within the market. 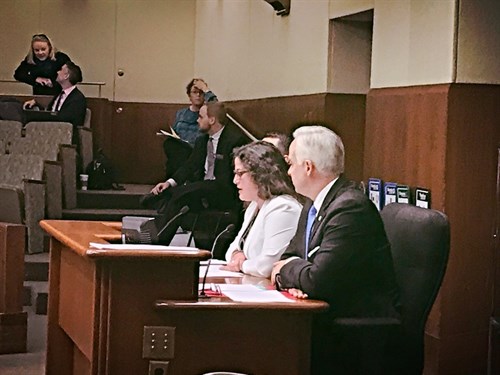 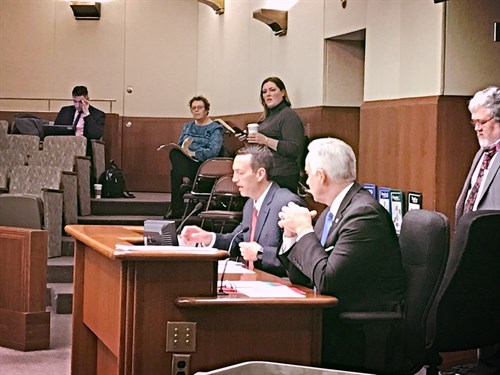 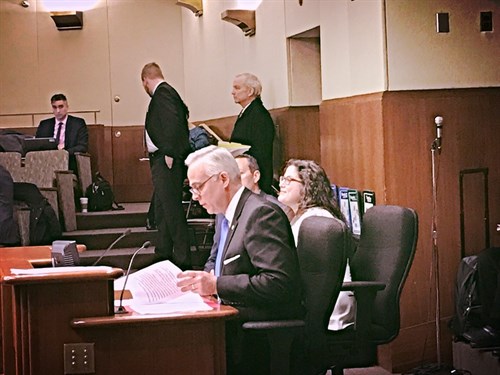 AHCA removes the mandate requiring employers to provide health care plans for all employees. In addition, the bill repeals several of the taxes used as funding mechanisms for the ACA, among these proposed tax repeals is the Medical Device Tax.  Full repeal would begin January of 2018 after the suspension expires.

Beyond the repeals, the AHCA modifies and keeps portions of the current ACA law. It establishes a refundable tax credit for the purchase of state-approved health care plans for qualified individuals. Under AHCA, young adults under the age of 26 may remain on their parents’ health care plans – a carryover from the ACA.

While President Donald Trump and U.S. House Speaker Paul Ryan remain optimistic the bill will pass and be signed into law, others are not as positive. It is reported that up to four Republican Senators remain opposed to the bill in its current form in the U.S. Senate. Additionally, AHCA has heard backlash from governors across the U.S. for making drastic changes to recently established government mandated health care exchanges and plans.